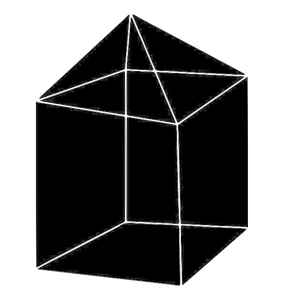 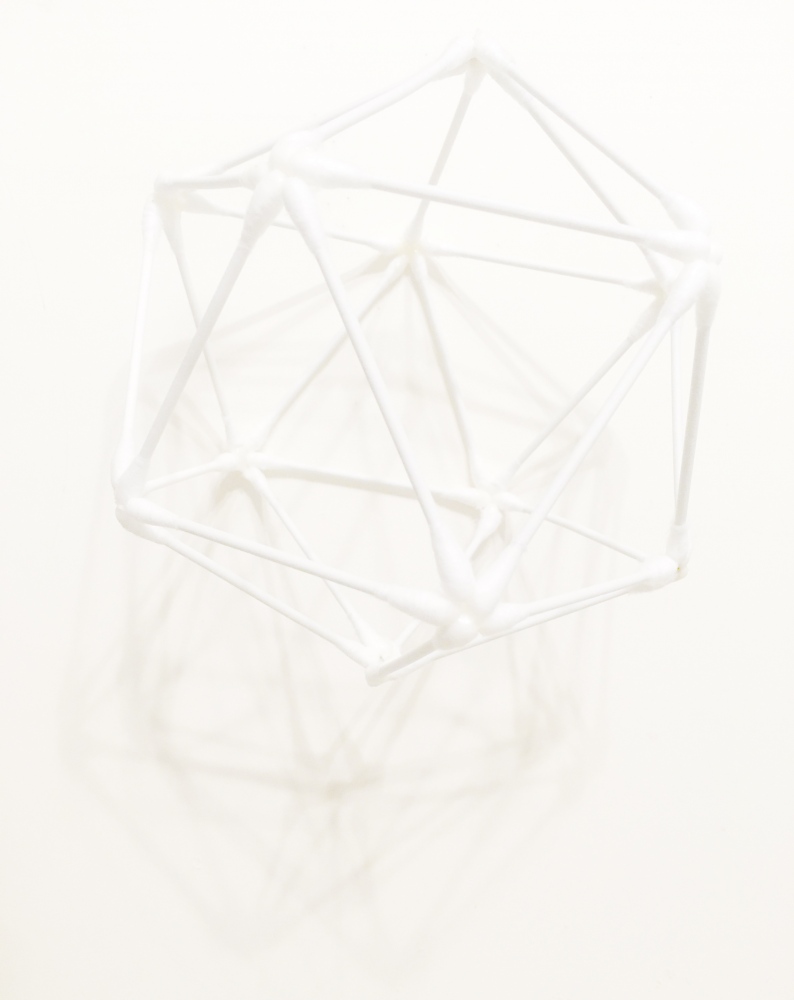 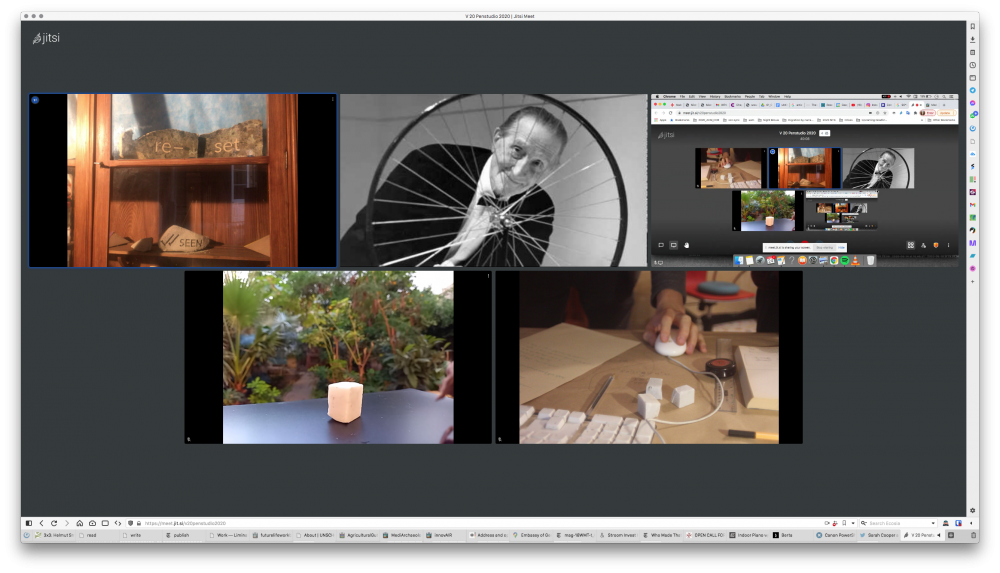 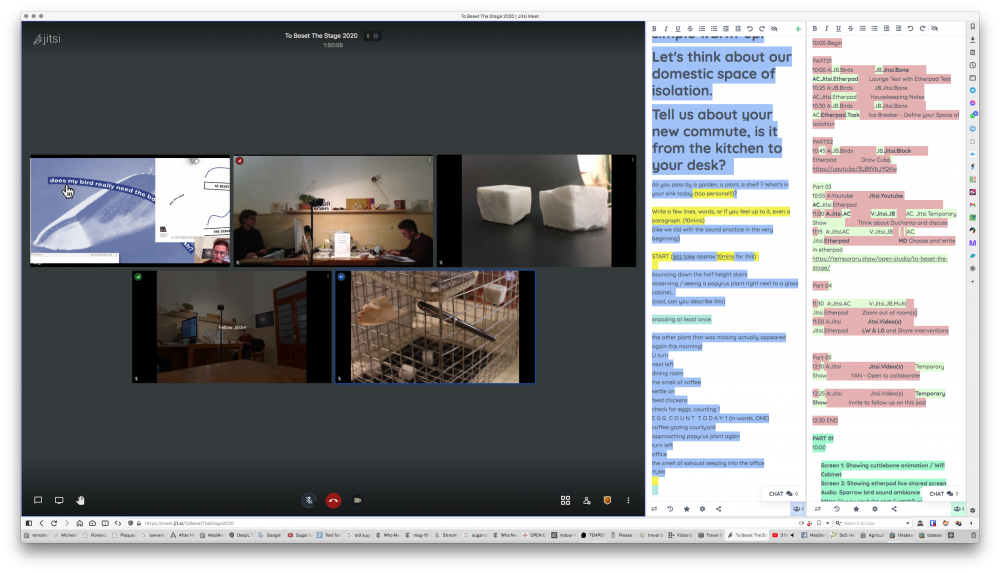 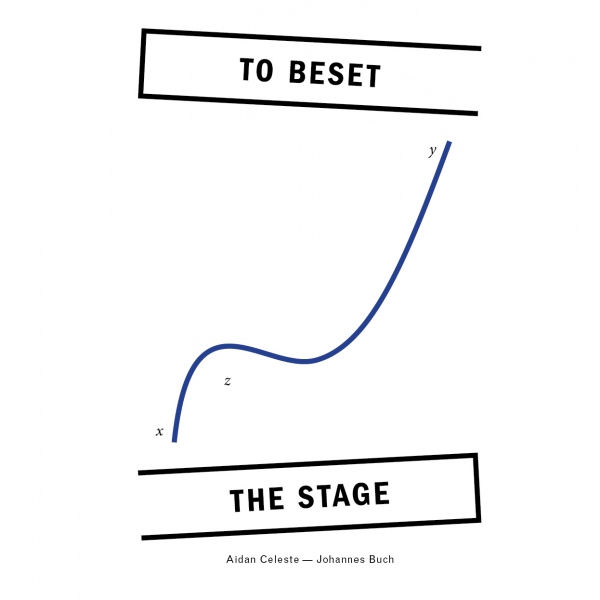 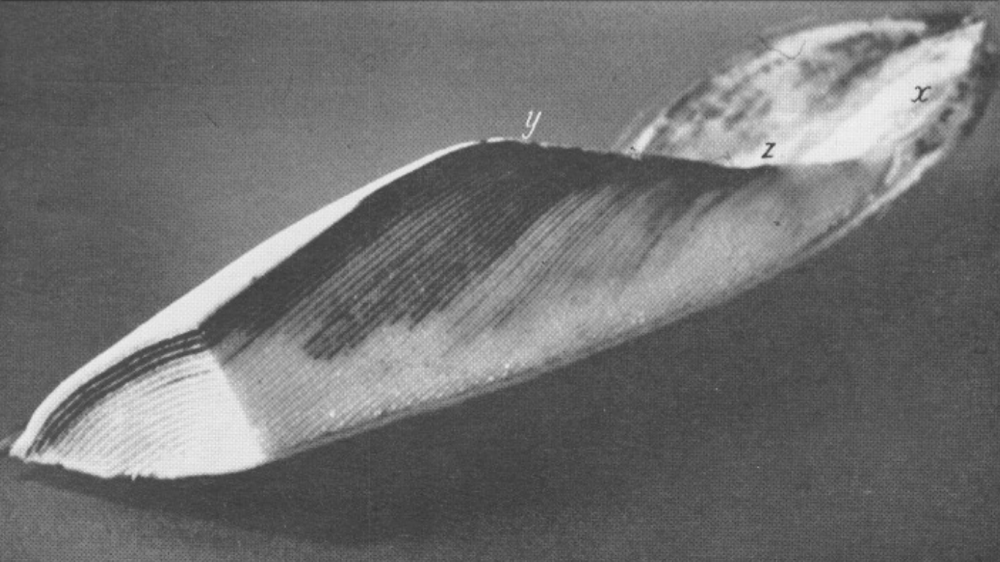 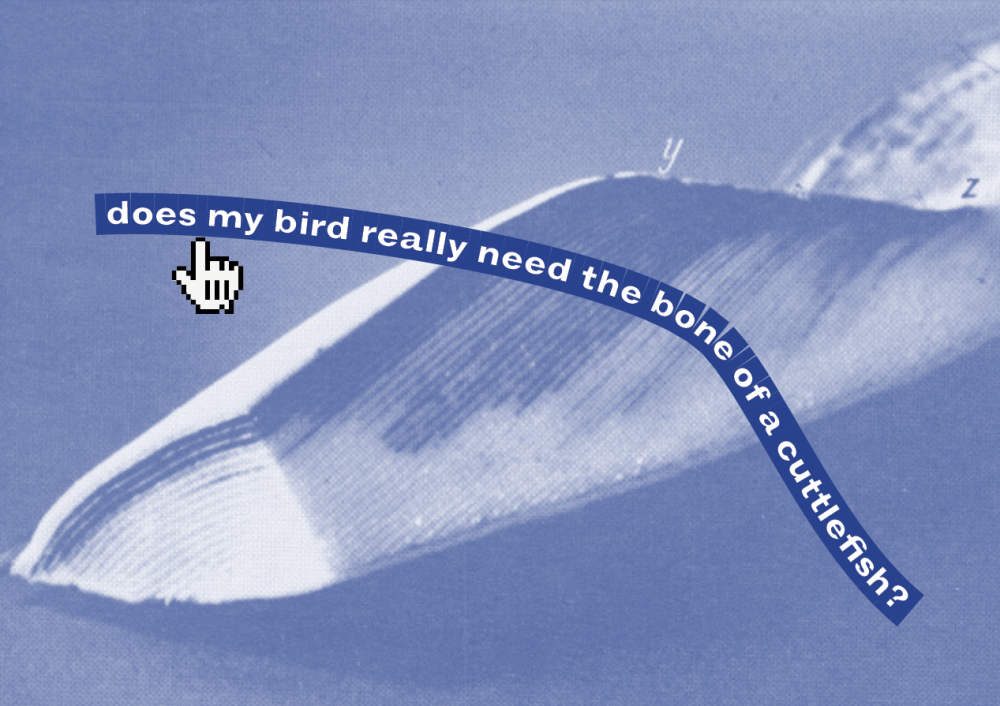 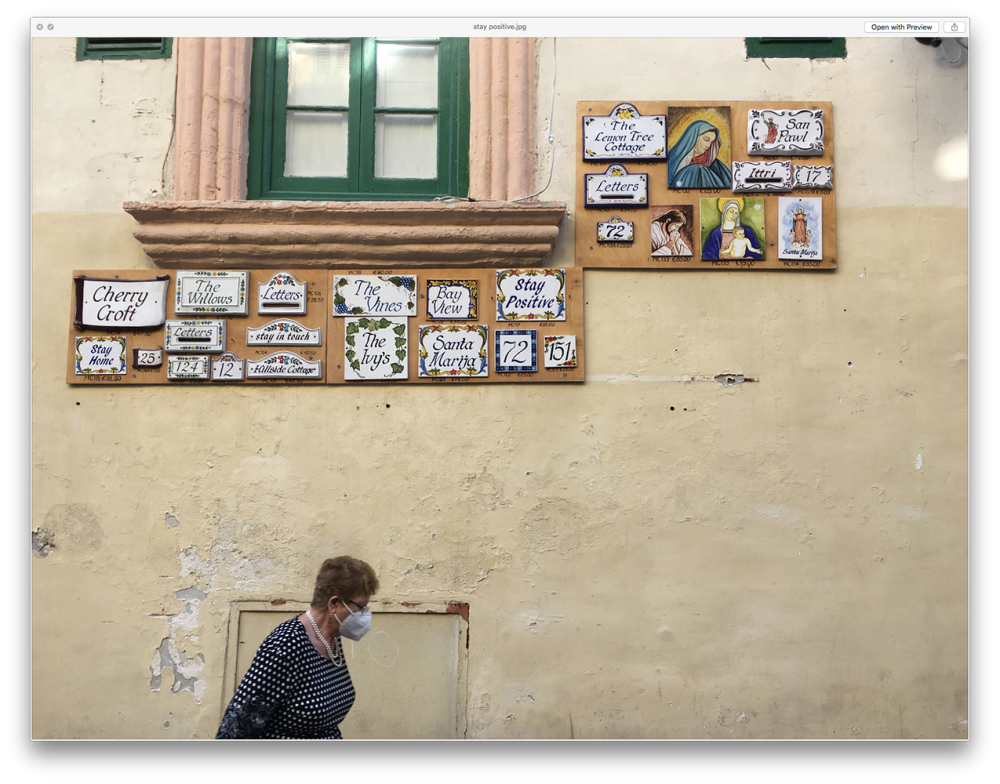 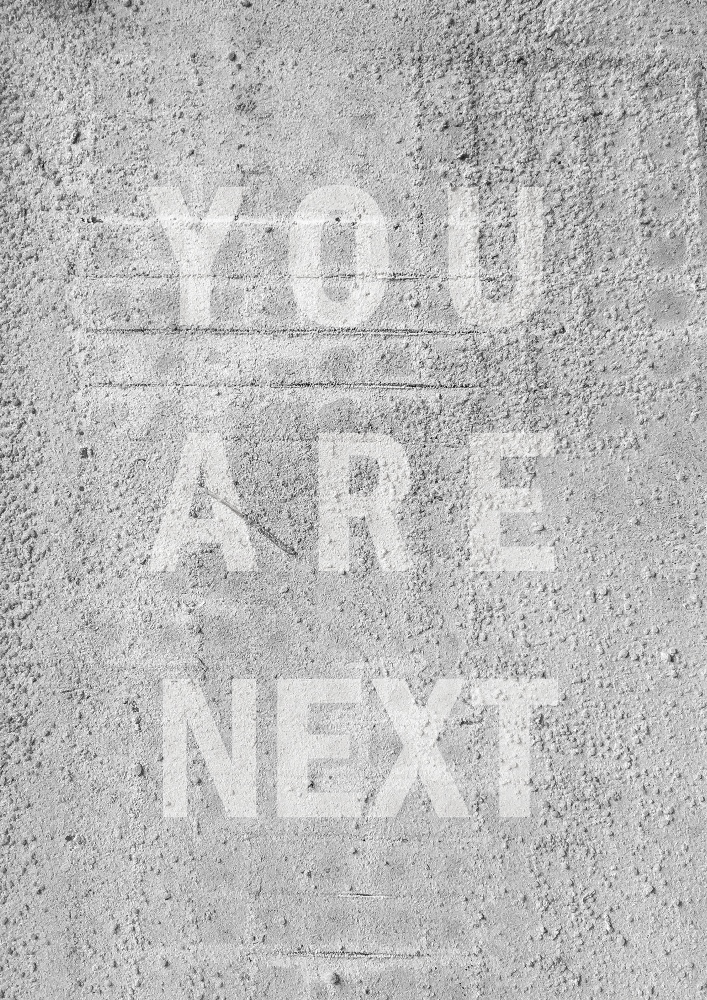 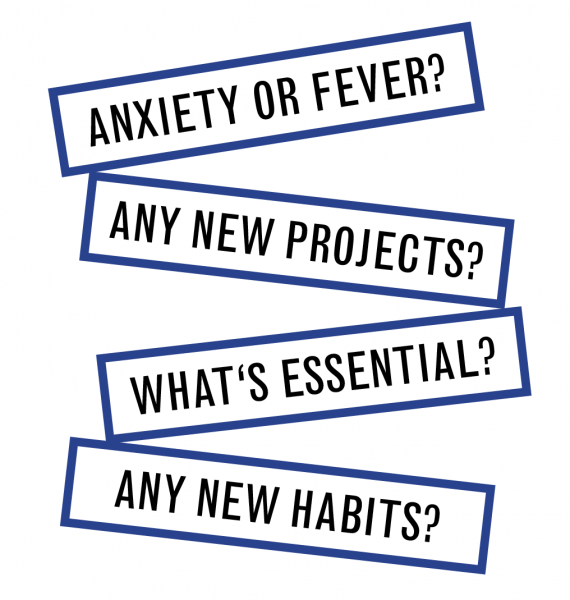 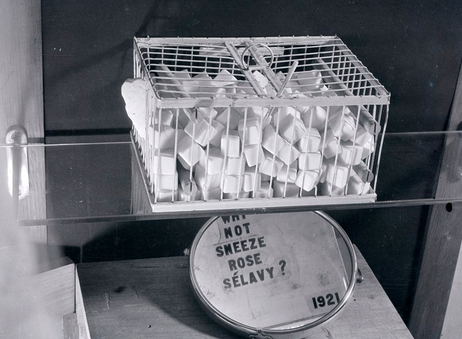 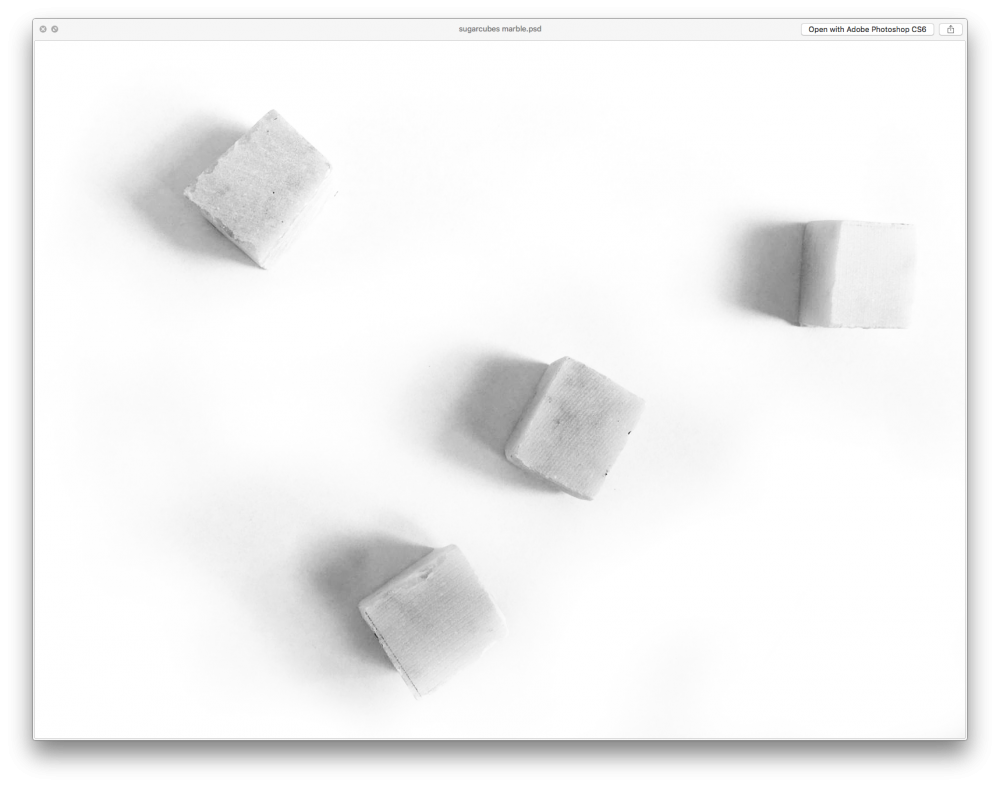 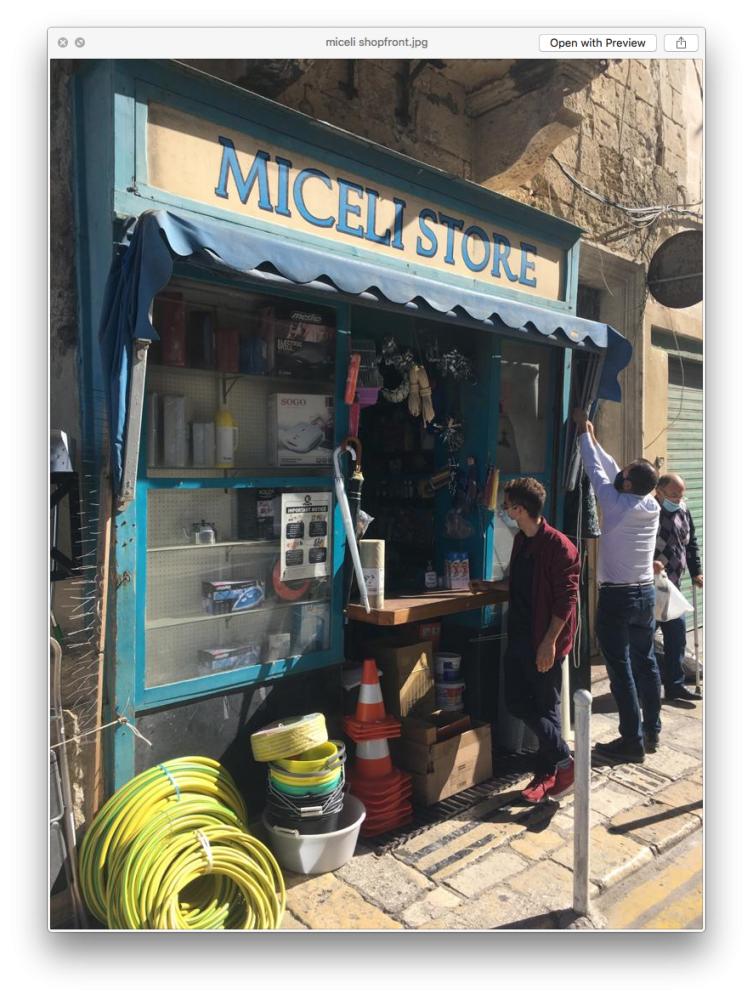 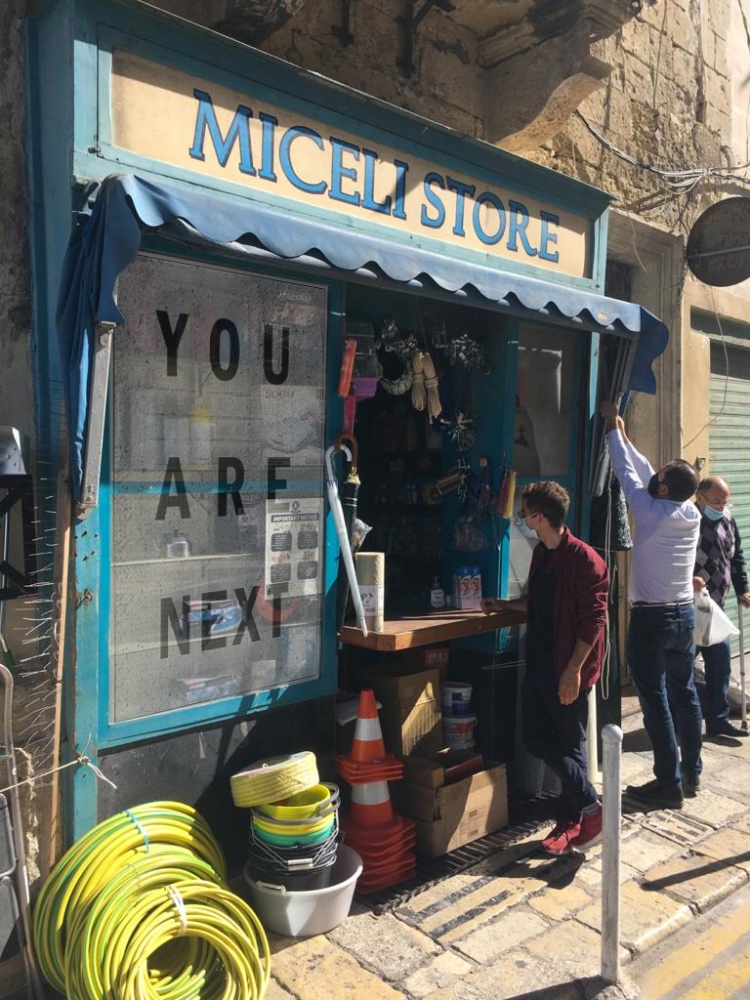 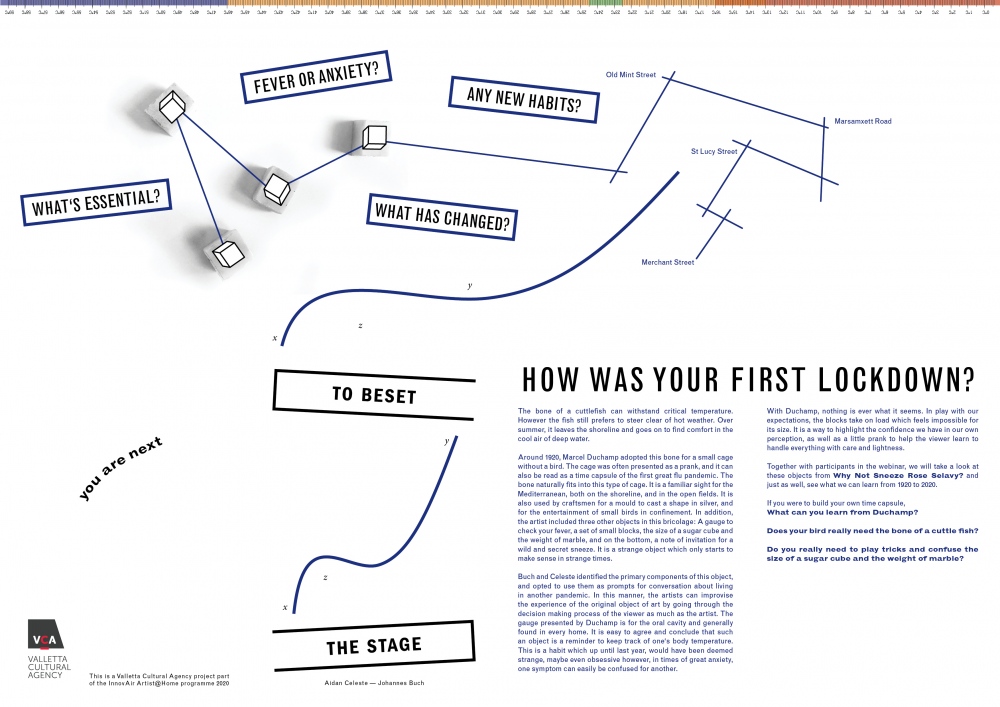 You Are Next, sodium chloride on limestone. The statement is proposed to hang on a vitrine. It refers to the next customer in line at any shop in Valletta, and infers the new ways of being social by keeping a healthy distance.

This type of work builds on self referential statements such as A Syntax of Dependency(2011), a work by Liam Gillick and Lawrence Weiner. The primary component of their work is a presentation of three statements at the Museum of Contemporary Art in Antwerp. The statements are displayed on the floor of the entire gallery, and refer to the forces (political, natural, infrastructural, etc...) which determine our relationship with art in a national gallery. Each sentence is embedded in a large sheet, designed and split by vertical bars, all of them coloured by a darker shade of a stripe from the Belgian flag. They are printed in linoleum, a material which in addition, carries a sense of national pride for the city of Antwerp. The artists agreed to identify their contribution in part with an international effort to intervene in a gallery and also invited the biggest producer of linoleum in the world as a partner and manufacturer.

The work in itself refers to the possibilities of making art under national constraints, and the extent of how this part of the art world is always determined by a wider network of activity that stretches beyond its walls.

The intervention proposed by Johannes Buch and Aidan Celeste also aims to engage a global force. However, rather than creating an abstract and objective statement from the art world, the artists developed these statements from a local perspective, such as engaging a local store as if it were a city in itself.

Following an introduction by the the Valletta Cultural Agency, the artists first engaged the storekeepers with a general question, „How was your first lockdown in March?“.

As the rhythm of the conversation picked up, Celeste and Buch started to frame the conversation with more direct prompts. These prompts were developed from objects of art made in isolation, and confinement in reference to an international crises, such as that of Duchamp‘s Why Not Sneeze Rose Selavy?(1921) Gillick and Weiner‘s A Syntax of Dependency(2011), and Jenny Holzer‘s Survival Series.

Together with the store managers, the artists identified a few analogies between these objects of art and examples from life in the pandemic. For instance, one of the store-managers is also a tour guide, and since the work by Gillick and Weiner separates a gallery space in three parts, the artists asked him to host a tour of this shop in three parts. He first spoke about tourism and the impact of hoteliers on his shop, in addition, he went on to point out how under lockdown, it was hard to walk out, hang out, and find yourself looking at an empty street in Valletta, it’s as if the joy of people watching expired in March 2020. Nonetheless, the panorama from his desk at the centre of the shop took on a whole new social role. Customers would cross his doorway, hang out, and take a few extra minutes to check on each other before leaving. Along with other store managers, it is the social aspect of working in Valletta which they all highlight as necessary, highly international, and impossible to do without.

The artists will take a closer look at the experience of living, working, and mediating from a single space of isolation over a Webinar on Saturday 5th December 2020.

If you were to redefine your own space of isolation, such as when your home took on the role of an office, a bar, and perhaps even a gallery, which part of your place is the grand entrance to watch your guests arrive from? What is your commute, or more specifically, how do you like to transition between work and leisure? Essentially, the main question is alway, what parts have changed over the last few months, and what parts will never change again, under any given context?

Essentially, the main question is always, what parts have changed over the last few months, and what parts will never change again, under any given context?

The bone of a cuttlefish can withstand critical temperature. However the fish still prefers to steer clear of hot weather. Over summer, it leaves the shoreline and goes on to find comfort in the cool air of deep water.

Around 1920, Marcel Duchamp adopted this bone for a small cage. The cage was often presented as a prank, and it can also be read as a time capsule of the first great flu pandemic. The bone naturally fits into this type of cage. It is a familiar sight for the Mediterranean, both on the shoreline, and in the open fields. It is also used by craftsmen for a mould to cast a shape in silver, and for the entertainment of small birds in confinement. In addition, the artist included three other objects in this bricolage: a glass thermometer, a set of small blocks, the size of a sugar cube and the weight of marble, and on the bottom, a note of invitation for a wild and secret sneeze.

It is a strange object which only starts to make sense in strange times. Buch and Celeste identified the primary components of this object, and opted to use them as prompts for conversation about living in another pandemic. In this manner, the artists can improvise the experience of the original object of art by going through the decision making process of the viewer as much as the artist. The thermometer selected by Duchamp is found in every home. It is easy to agree and conclude that such an object is a reminder to keep track of one‘s body temperature. This is a habit which up until last year, would have been deemed strange, maybe even obsessive however, in times of great anxiety, one symptom can easily be confused for another.

With Duchamp, nothing is ever what it seems. In play with our expectations, the blocks of stone take on the uncanny resemblance to sugar cubes. Once lifted, the load they carry as a set of blocks in a small cage feels impossible for their size. This is a simple way to highlight the confidence we have in our own perception, as well as a little prank to help the viewer learn to handle everything with care and lightness.

Together with participants in the webinar, we will take a look at these objects from Why Not Sneeze Rrose Selavy? and just as well, see what we can learn from 1920 to 2020.

If you were to build your own time capsule,

what can you learn from Duchamp?

Does your bird really need the bone of a cuttle fish?

Do you really need to play tricks and confuse the size of a sugar cube and the weight of marble?

How else would you invite a sense of care to anyone in isolation?

Do you really need to play tricks and confuse the size of a sugar cube and the weight of marble? 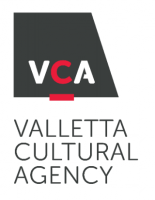 A special thanks to:

Paola Prinzis, Sefora Mannino and Stephanie Debono for guiding and liaising the work from beginning to end.

temporary.show for hosting this page.

Albert Dimech for assisting and scouting for potential venues for this project.

Valletta Cultural Agency for the opportunity and support. 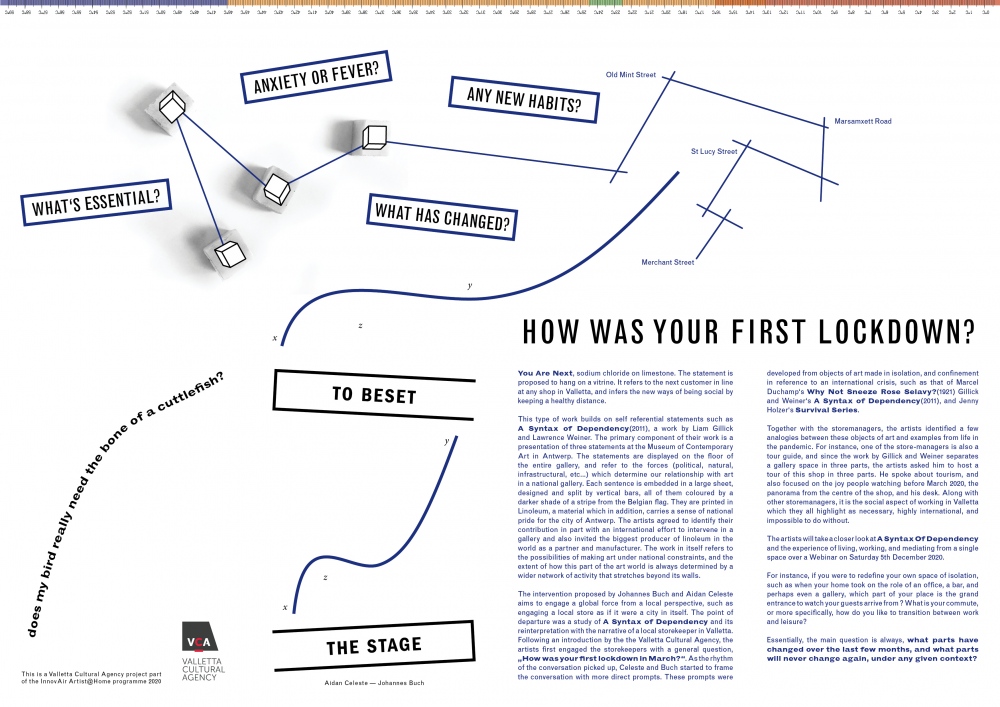 If you were to redefine your own space of isolation, such as when your home took on the role of an office, a bar, and perhaps even a gallery, which part of your place is the grand entrance to watch your guests arrive from? What is your commute, or more specifically, how do you like to transition between work and leisure? 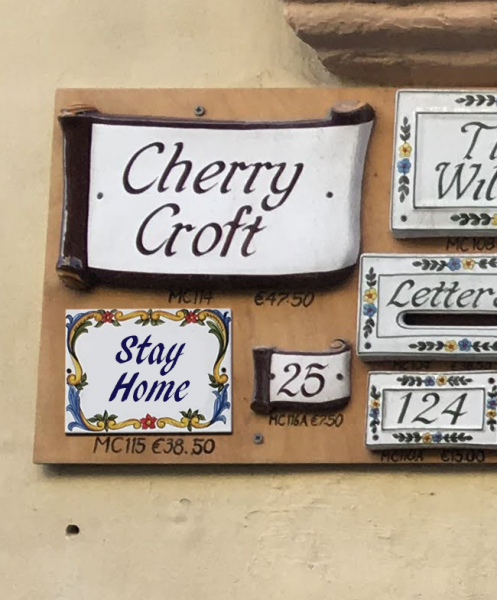 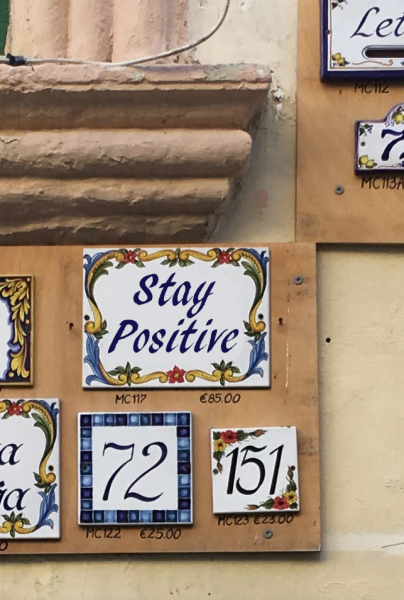 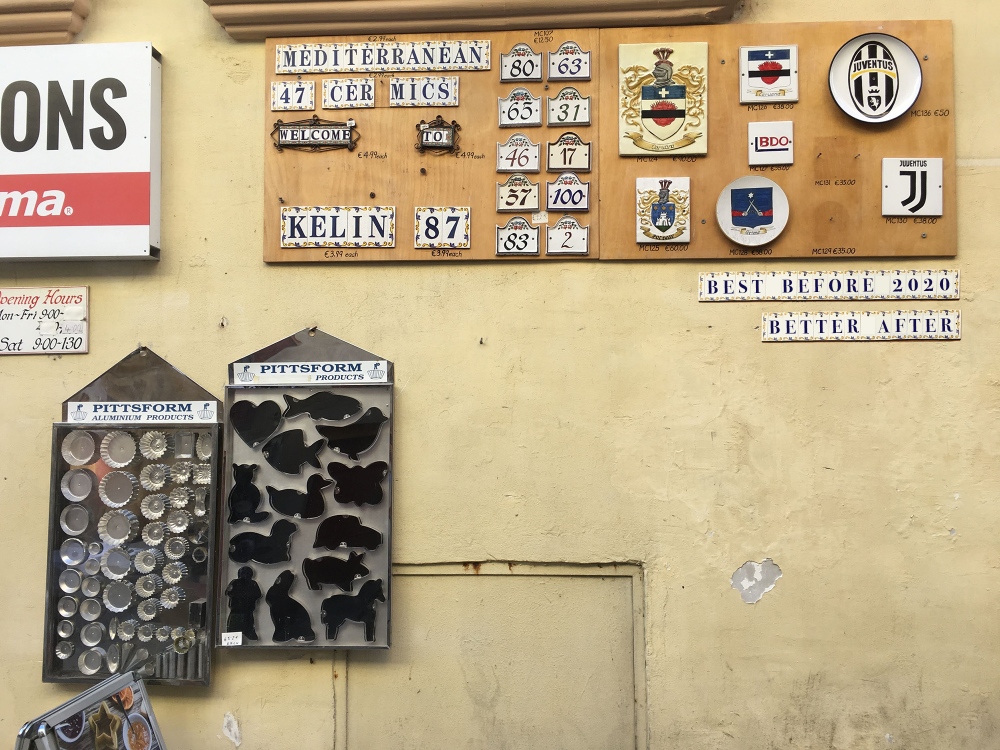 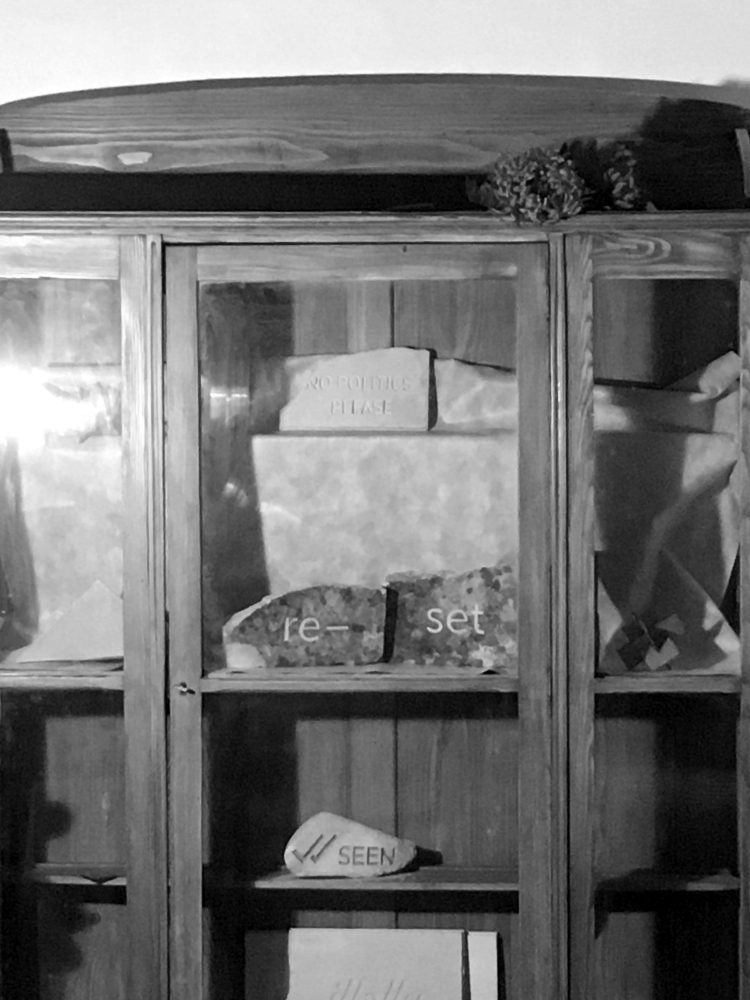 “Nothing I’m doing makes any sense if the house is on fire. Yet even when the house is on fire it is necessary to continue as before, to do everything with care and precision, perhaps even more so than before – even if no one notices. Perhaps life itself will disappear from the face of the earth, perhaps no memory whatsoever will remain of what has been done, for better or for worse. But you continue as before, it is too late to change, there is no time anymore.” — Giorgio Agamben